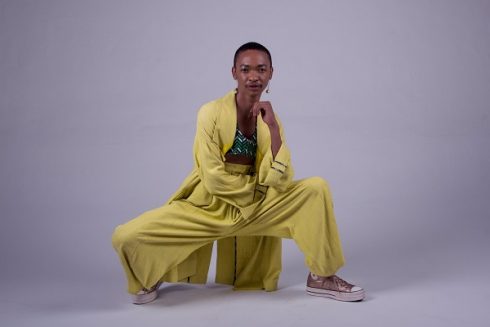 One constant in these exhausting and morbid times we have been plagued with recently has been the recording, release, and delighting in the tonic that is music.

Musicians have been working tirelessly, albeit for a fraction of the earnings (if any) to keep listeners entertained, via online performances and importantly, new releases.

The lockdown has stretched our collective imaginations and the way we see the world. This is reflected remarkably well in the recent releases by some independent, queer artists. Here is a look at some of the most interesting releases in recent months.

No stranger to the festival and live music circuit in South African and Europe, Mx Blouse has firmly found their space in the industry. Through their album Elementality, they are marking their territory and building on it. This project not only cements their place in the market, but the genre-bending defiance of their sound serves as a wrecking ball before the rebuilding. Mx Blouse says Elementality was recorded over two years in between the recording and release of other projects including the Re: Mx EP, and other features and singles.

The subject matters tackled in the project range from loneliness, courtship, a love for good times, and an overall self-awareness and self-affirmation, all of which are steeped in vulnerability. These matters form the foundation in the rebuild. They also provide a fresh perspective of young adult life in South Africa, spread through the medium of kwaito-influenced raps, thumping basslines, and electronic synths and grooves.

The album includes production features from the likes of Micro Pluto, Bakai, Eye-on Feather, Chad Aden Whitby, and Sean Ross. The production is a fusion of influences from hip-hop, electronica, and techno rounded off with vernacular (mostly Zulu) raps in the style of kwaito predecessors like TKZee and M’du. These varied influences are the building blocks stacked together through the excellent mixing and mastering provided by dance/electro veteran Jumping Back Slash.

Mx Blouse set out to make a cohesive piece of work of their own fashioning. They have accomplished this by creating an interconnected sound throughout the album that is varied in context, yet unified in its consistency. All of this serves to give a fresh coat of paint to the foundation that is the kwaito music establishment.

Aux Alaio, pronounced ‘oksalayo’ describes themselves as an “experimental/alternative vocalist” and a “conceptual creative”. On listening to the two offerings that they’ve produced and made available over the last few months – the Chakra Zulu EP, as well as the Isoulation EP – the listener can gauge that this is an artist who takes their words and their work very seriously. They are not holding back and appear to be hurtling full tilt in the direction of abstraction and Avant-Garde experimentation.

Both EPs are evidence of an artist who is not afraid to take risks. The EPs are mostly instrumental with sometimes heavy basslines, sometimes airy keys; sometimes melodious harmonies and sometimes distorting rumbles and snarls. These elements are only part of what makes these projects such a triumph for the young Joburger. Impressively, these projects were produced completely on Aux Alaio’s phone.

Aux Alaio says Chakra Zulu is a story that balances the heaviness of the Zulu culture & history with the lightness of spirituality through looking within. The instrumentation on many of the individual tracks feels like a slow burn. The accompanying melodies are haunting and subtle yet arresting. The stand-out gqom-inspired bonus track Amagilikidi is early proof of Aux Alaio’s range as a producer and artist.

Isoulation is the more uptempo, and daresay “accessible” project of the two. The EP feels like an attempt at bringing much-needed light to the dark state of the world during the outbreak of the coronavirus pandemic, its resultant lockdowns, and the isolation felt by many across the world.

In the vein of isolation and the accompanying loneliness, “Vhuludu” which means solitude in TshiVenda, Muneyi’s native language, is the arresting first single from Muneyi, an AFROPUNK 2019 Battle of the Bands winner.

Featuring Taxda, the track is a sincere take on going through the motions that come with being alone, experienced from the very moment of waking up. How it is something that can become all-encompassing. The track is a reflection on the deep introspection that comes with spending an extended amount of time on one’s own.

Muneyi says this is an ode to all lonely people whose hearts have holes they cannot fill. His inspiration for the song is his 89-year-old grandmother who spends most of her days alone with friends, family, and colleagues either deceased or elsewhere in the world. The message is that “one day you will heal.”

Muneyi’s offering deals with the feelings of deep loneliness and how these can bring about feelings of uncertainty as well as insecurities. Despite this, there comes a point of surrendering to the feelings.

The Johannesburg-based, 24-year-old independent musician, singer, and songwriter is currently crowdfunding towards self-publishing and releasing his full-length album. 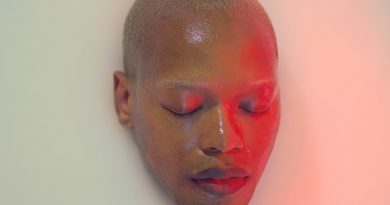 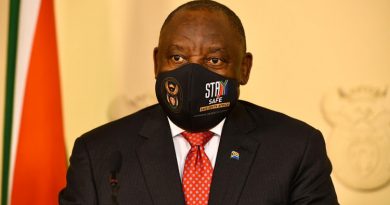 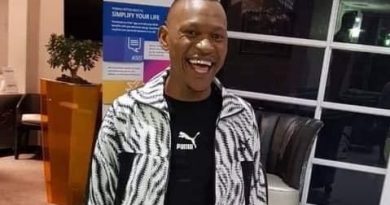