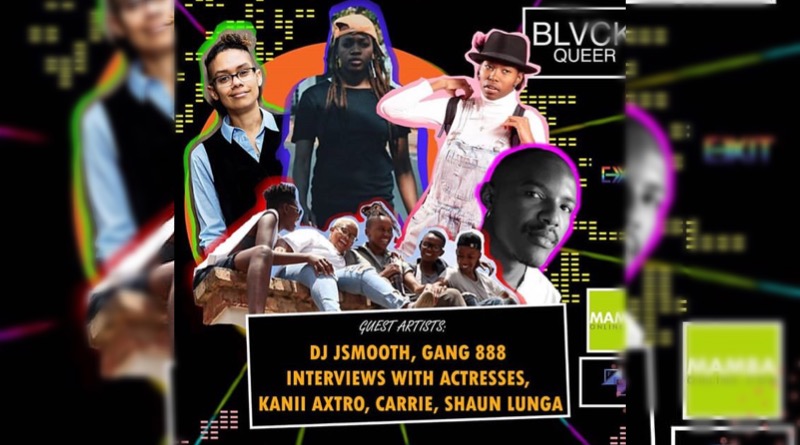 BLVCK Queer BLOCK is described as a “performance forum” for black and queer women. In association with Link Up Sessions, Mamba Online, EXIT Newspaper and Final Frame, the event features black queer artists from South Africa and the US.

Due to Covid-19, the forum is hosted virtually on the Blvck Queer YouTube channel and features film screenings, live music, a deejay set, behind the scenes interviews with Gang 888 (a film about five black lesbians who fight toxic masculinity) cast and crew and much more.

Proceeds from ticket sales go towards supporting all artists involved in the festival, volunteers, as well as company facilitation and admin. 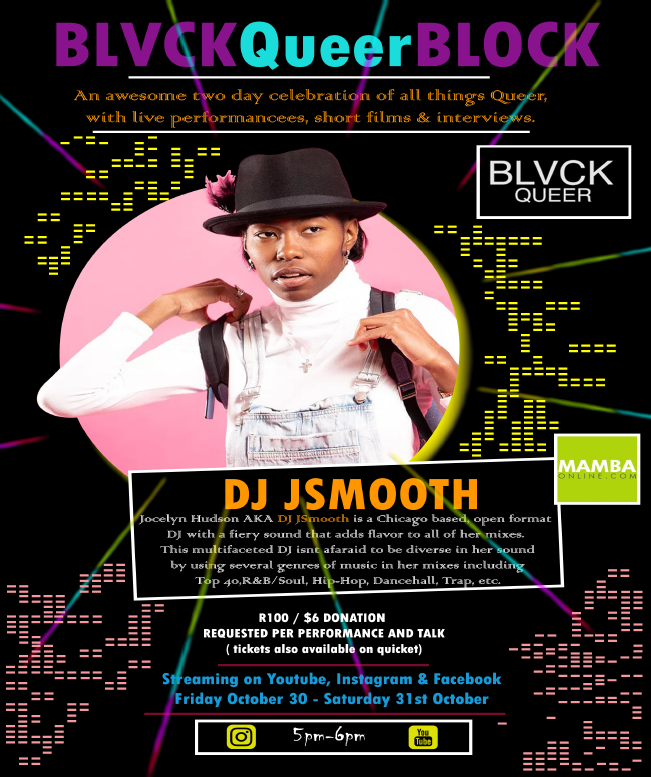 Jocelyn Hudson AKA DJ JSmooth is a Chicago-based, open format DJ with a fiery sound that adds flavor to all of her mixes. Since starting her career in high school, JSmooth has made a reputation for being electrifying, energetic, and amplified. This multifaceted DJ isn’t afraid to be diverse in her sound by using several genres of music in her mixes including R&B, Soul, Hip-Hop, Dancehall, Pop, Trap, House & EDM. 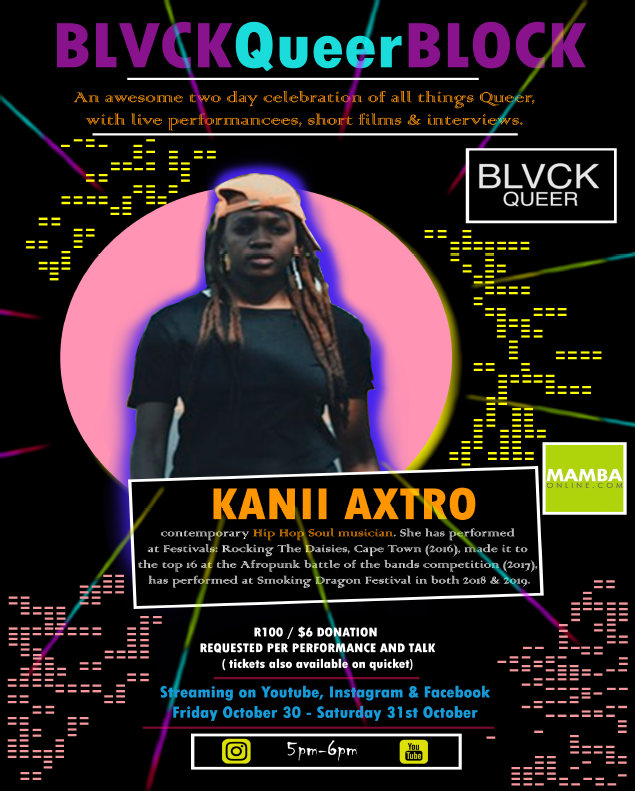 Through Banzii’s company Blvck Queer whose tagline is “progressive African LGBT stories” as the main platform Banzii uses various platforms to shine light on queer life and the daily struggles for acceptance, respect and dignity in spaces which are not friendly and some openly intolerant and homophobic. 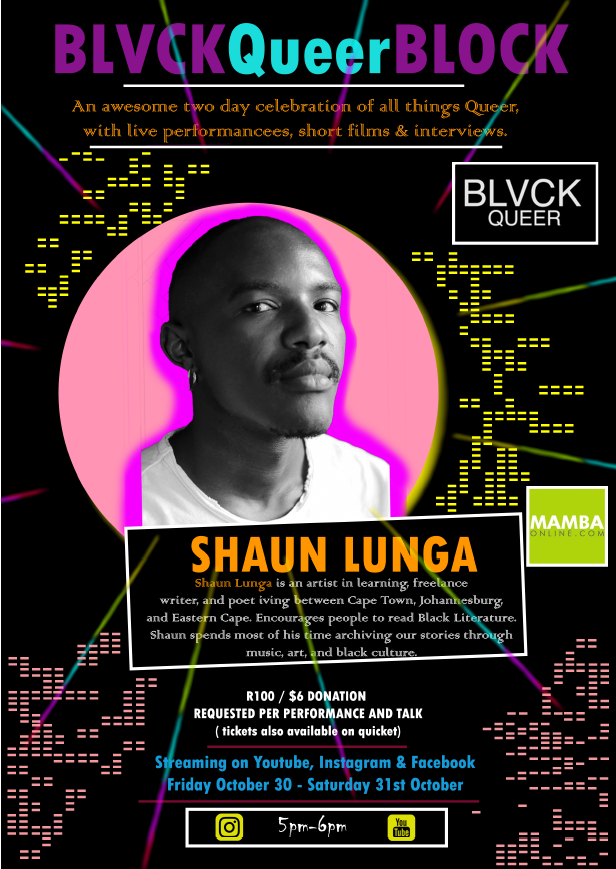 Shaun Lunga is an artist in learning, freelance writer, and poet. Living between Cape Town, Johannesburg, and Eastern Cape. Accounting student at the university of Johannesburg, besides encouraging people to read Black Literature. Shaun spends most of his time archiving our stories through music, art, and black culture. 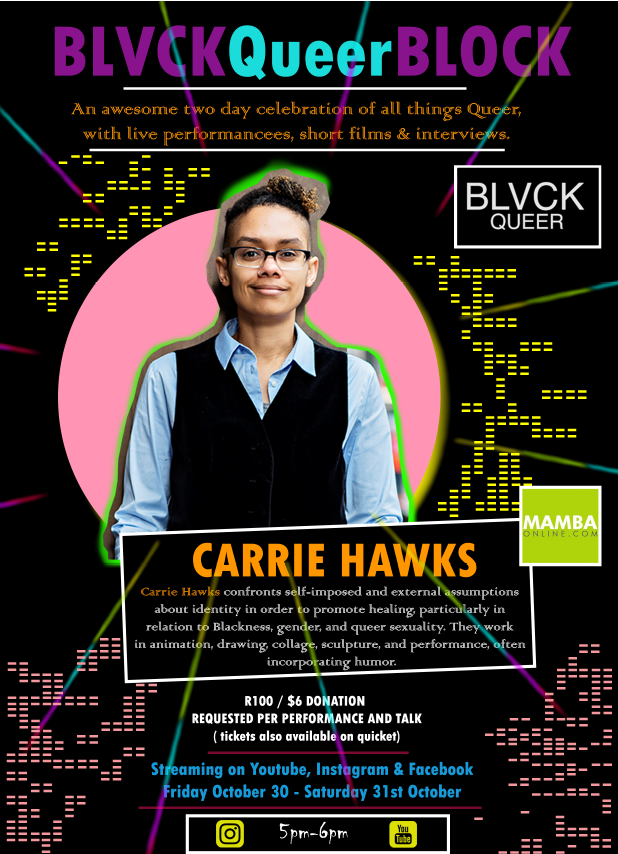 Carrie Hawks Confronts self- imposed and external assumptions about identity in order to promote healing, particularly in relation to Blackness, gender, and queer sexuality. They work in animation, drawing, collage, sculpture, and performance, often incorporating humor. Their film black enuf* was nominated for a New York Emmy, won Best Documentary Short at Trans Stellar Film Festival, broadcast on American Public Television’s World Channel in 2019, and screened at over 40 festivals including Ann Arbor and BlackStar. 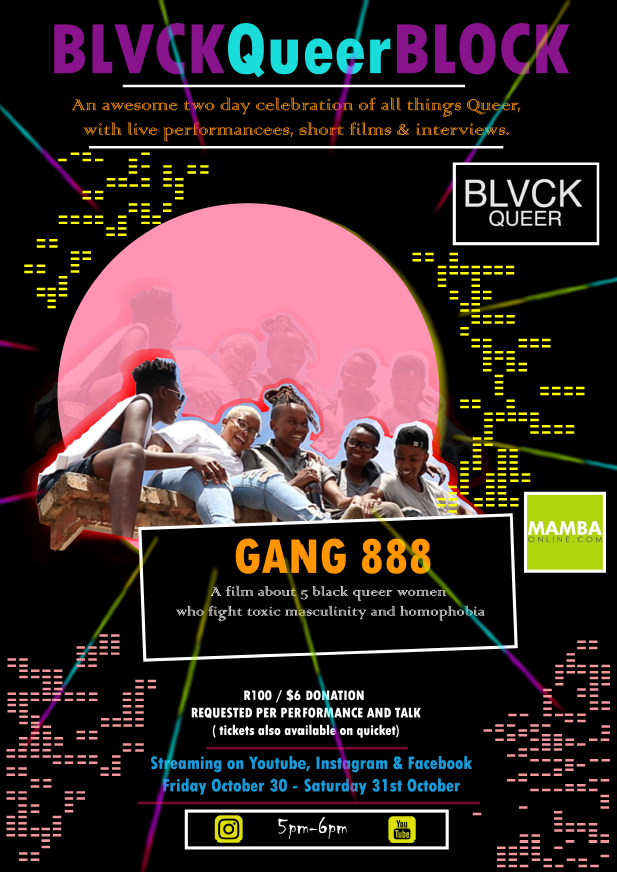 Gang 888 is a short film written, directed by Banzii Mavuso about a gang of 5 black queer women who fight toxic masculinity and homophobia. BQB will feature behind the scenes interviews with one actress from the film as well as Banzii Mavuso.

The festival will be streamed on the Blvck Queer TV YouTube channel. Tickets are priced at R100 and can be purchased through Quicket.

Alternatively, donations of $6 can be made to Blvck Queer’s PayPal account to support future programs, artists and volunteers. 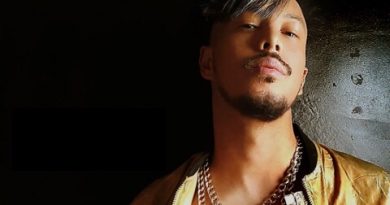 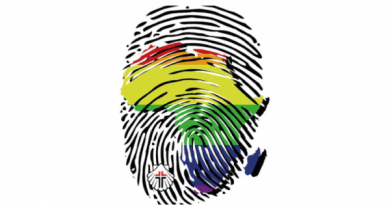 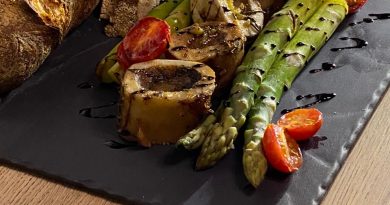